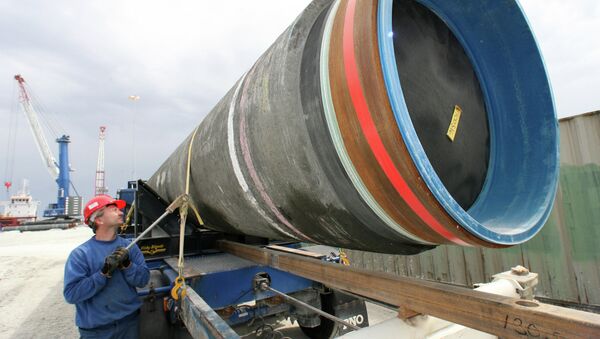 “Considering the pace of China’s economic growth and the agreed pricing formula I’d say it is very likely that we will soon conclude a contract to build a western [pipeline] before long that will run across the Siberian Federal District,” Ivanov said.

Putin’s chief of staff said the project to build the so-called Altai natural gas pipeline was a particularly “huge” endeavor. “It might be less capital-intensive than the eastern one, but it’s no doubt going to cost us tens of billions of dollars,” he explained.

“It translates into new jobs, and involves many economic industries, starting from metallurgy to pipeline production and so on. This process will have a cumulative effect,” Ivanov said.

Russian energy giant Gazprom and China’s CNPC sealed a historic deal for gas deliveries in mid-May of this year. The 30-year contract provides for the sale of 38 billion cubic meters of Russian natural gas to China per year, with delivery via a pipeline in the East.

The price tag of the entire contract is estimated at $400 billion, though the contract price for the natural gas has not yet been revealed. Under the deal, Russia’s overall investment is $55 billion, while China’s is estimated at around $22 billion.

The gas deal requires the two partners to run additional investment projects to develop the Chayandinskoye and Kovyktinskoye gas fields, build the Power of Siberia gas pipeline in eastern Siberia and an LNG plant in Amur Region.

The Altai project, or the western route, has been planned for over a decade, and will extend a new pipeline to the natural gas basins that feed Europe, allowing Russia to siphon some of that gas to China’s north-western provinces.