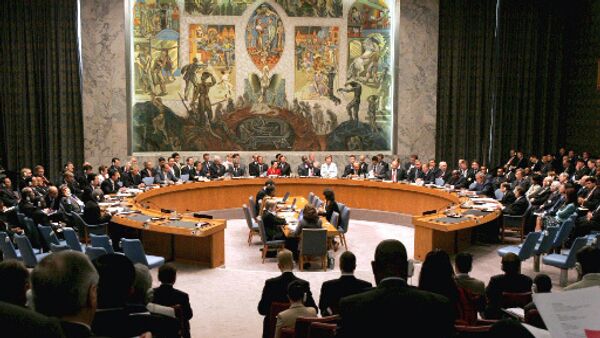 Russia is not planning to submit to the United Nations Security Council an initiative on imposing a no-fly zone over the territory of Eastern Ukraine, Russian Deputy Foreign Minister Gennady Gatilov told RIA Novosti Wednesday.

Gatilov said that such an initiative would not be supported by the western partners.

"At the current stage we are not considering such a similar initiative," Gatilov said.

He added that the western countries would not support that initiative in case of its submission the UN Security Council.

On Tuesday, the authorities of the self-proclaimed Luhansk People’s Republic (LPR) called for a peacekeeping contingent and a no-fly zone in the region after self-defense forces reported that the Ukrainian Air Force carried out an air strike on the administration building in Luhansk killing eight people.

The Russian Foreign Ministry said the airstrike on Luhansk proved Kiev authorities' unwillingness to search for ways to achieve national reconciliation in Ukraine and their disregard for Geneva accords and OSCE roadmap. Ukraine’s Party of Regions intends to initiate an investigation of the incident at the International Criminal Court.