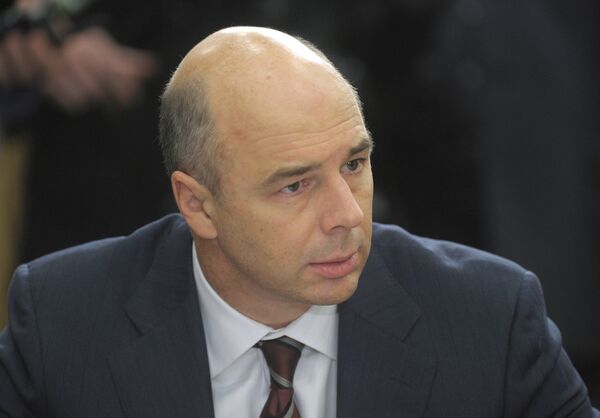 “This issue will be discussed in the framework of the meeting with the chairmanship of the national Bank of China, and consider the cooperation issues in the sector of monetary policy will be considered,” Siluanov said.

A report from the World Bank's International Comparison Program earlier this year estimated that China could topple the US economy as the world's biggest in 2014. The two countries, both members with the BRICS economic bloc of Brazil, Russia, India, China and South Africa, have long been vying to replace the US dollar as Number One global exchange currency.

Siluanov’s visit to China comes on the heels of President Putin’s meeting with his Chinese counterpart, Xi Jinping, in Shanghai this May, where the two leaders signed a fresh package of financial cooperation accords in what many experts believe to be a clear sign of Russia's growing proximity with China.

On Tuesday, the Russian financial chief is meeting with a panel of Chinese investors to weigh up the outlooks for mutual investment programs. They are also expected to sign a cooperation agreement for closer ties between the Russian and Chinese treasury departments.