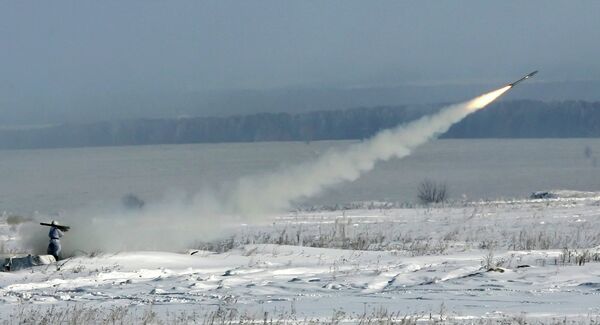 "The surface to air-missile regiment of the Ivankvsky Airborne Forces division is the first to have started receiving and studying the modern system of air defense battle," Meshkov said.

The systems automatically provide information on the air environment, fix the target and command a strike against the target within several seconds. "This gives time to an AA sniper armed with the Verba MANPADS to prepare for the meeting and hit the target beforehand," he said.

These systems exclude the human factor, while saving ammunition and increasing the effectiveness of air-defense sub-elements. "An automated control system over the battle allows finding an air target, defining its characteristics and sharing targets between AA snipers and fire means, taking into consideration their location," Meshkov said.

"Until now, the control over air defense battle in Airborne Forces divisions was not automated and the time elapsed following the major commander finding the target and ordering an AA sniper to launch the missile took from 3 to 5 minutes," he said.

The process has become more than 10 times faster with the new systems.