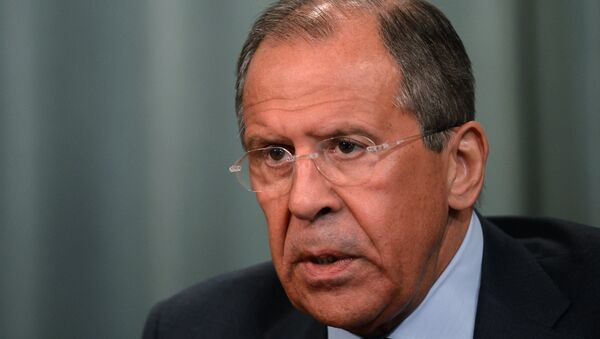 MOSCOW, May 27 (RIA Novosti) – Western countries are busy looking for excuses to continue their pressure on Russia, but these excuses are “laughable,” Russian Foreign Minister Sergei Lavrov said Tuesday.

“People [in the West] are definitely busy searching for any reason to continue exerting pressure on us. But, firstly, all these excuses look laughable and vain. And, secondly, attempts to put pressure on Russia have never produced any result,” he said.

Lavrov said Russia is interested in settling the crisis in Ukraine and cooperating with everyone who wishes to do the same.

Moscow is ready to cooperate with the Ukrainian authorities that are willing to take into consideration the interests and legitimate demands of people in southeastern Ukraine, he said.

Since March, in response to the Ukrainian crisis, the US and EU have imposed targeted sanctions against Russian officials, freezing their assets and banning them from obtaining visas, as well as against some Russian companies.

The leaders of the G7 group of nations have further threatened Russia with sanctions against key sectors of the country’s economy in the event of a further escalation in the Ukrainian crisis.

Moscow has repeatedly stated that the language of sanctions is “inappropriate and counterproductive” and warned its Western partners about the “boomerang effect” that sanctions would have.