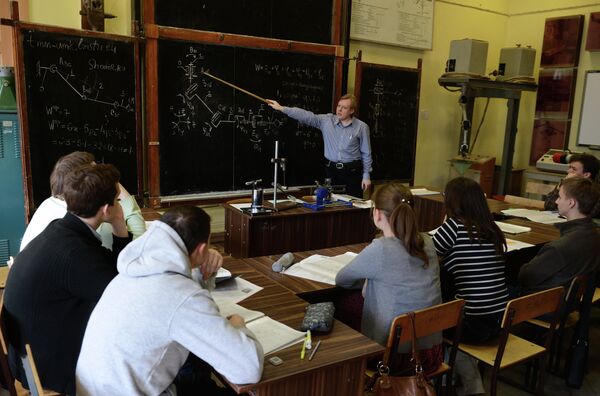 MOSCOW, May 27 (RIA Novosti) – Russia plans to produce an official international ranking of higher education institutions, including universities in the CIS, BRICS and SCO countries, by June 2015, the Russian Government said Tusday.

“The Ministry of Education and Science of Russia together with the interested federal executive bodies and organizations ought to organize the production of the international rankings of higher education institutions, including those of the CIS, BRICS and SCO countries, providing measures to ensure international recognition of such ratings. The results should be reported to the government by May 25, 2015,” the government said on its website.

The call for the rankings was based on instructions given by Prime Minister Dmitry Medvedev during a State Council meeting earlier this month on priority national projects.

“I would like to remind you that the objective to bring Russian schools into the top 100 universities in the world remains relevant. Frankly, this is not a simple objective. Nevertheless, we will attempt to fulfill it,” he said.

“To this effect, the Government launched a special project in 2013 and selected 14 universities through open tender that received additional funding. Total federal budget allocations under the project amount to 44 billion rubles [$1.3 billion] until 2016,” the Russian prime minister added.

Other issues on the agenda of Medvedev’s address included implementing modern technologies and introducing computers into general education, as well as improving distance learning systems for children in rural areas.