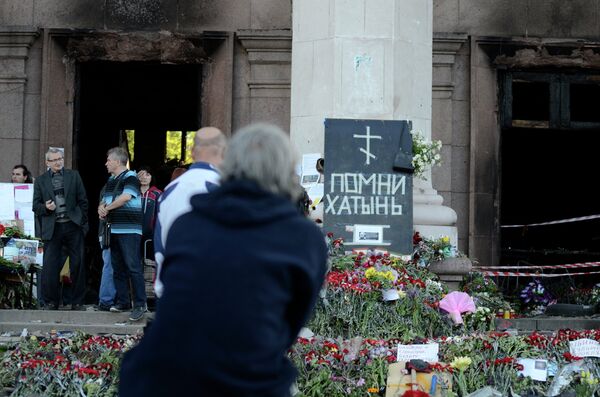 Lavrov recalled that Petro Poroshenko, expected to become Ukraine’s next president according to preliminary results, as well as other Ukrainian officials, had earlier said experts from Europe and Russia may be invited to take part in the investigation.

Lavrov said Russia was waiting for “these statements and promises” to “become practical actions.”

“This must be done immediately, before all evidence is destroyed, as was attempted in the House of Trade Unions in Odessa,” he told reporters in Moscow.

The Organization for the Prohibition of Chemical Weapons said in a statement Monday it is concerned over any cases where toxic agents are used against people but so far withholds any comments regarding a possible inquiry into the tragic events in Odessa.