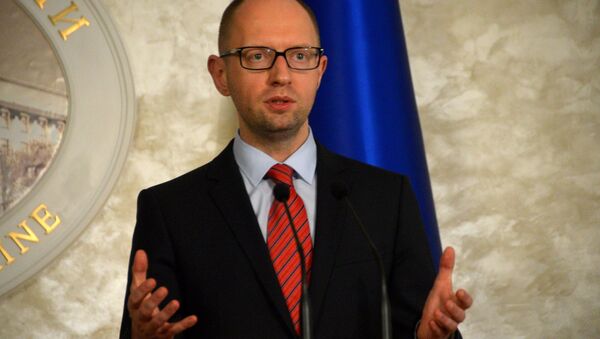 “We want to hear the Russian answer, including [the answer] on the issue of giving Ukraine back 2.2 billion cubic meters of gas,” Yatsenyuk said.

Yatsenyuk added the gas was had been stored underground by Chernomornaftogaz underground.

“According to Gazprom prices, [gas volume] is worth $1 billion,” Yatsenyuk said.

Until Crimea’s reunification with Russia in mid-March, Chernomorneftegaz belonged to Ukrainian energy giant Naftogaz. After the referendum on secession from Ukraine, the company was nationalized.

Earlier this month, the Ukrainian Energy Ministry demanded that Russia hand over 2 billion cubic meters of gas stored at the Crimean facility.