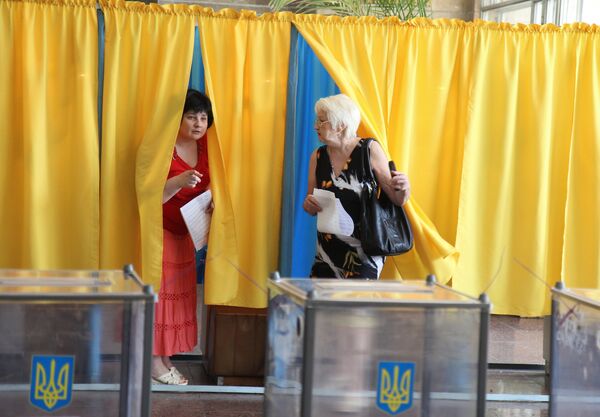 “We … will show a respectful attitude towards the will of the Ukrainian people. The most important is the respect of the current authorities for their citizens, and the respect for the people to ensure compromise agreements taking into consideration the interest of all political parties,” Lavrov said.

The new Ukrainian authorities should “treat their citizens with respect, treat their people with respect and ensure compromise decisions that take into account interests of all political forces, all ethnic, religious groups,” the Russian foreign minister added.

His closest rival, former Prime Minister Yulia Tymoshenko, trailed far behind with 13 percent. Oleh Lyashko, the leader of the Radical Party of Ukraine, came third, with 8.5 percent of the vote.

The May 25 early presidential vote came amid a large-scale military operation launched by the new Kiev authorities to crack down on protesters refusing to recognize the legitimacy of the government.

A total of 23 candidates were registered to take part in the vote, but several later announced their decision to withdraw, bringing the number to 21.

Lavrov said earlier this month Moscow’s position on the Ukrainian presidential election will depend on the conditions and manner of their conduct.