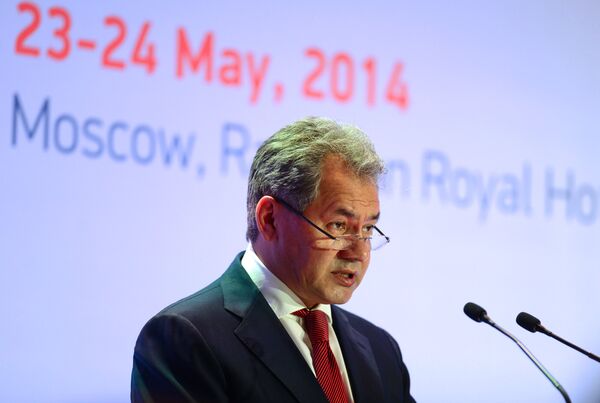 “In recent years, we have worked to strengthen the Russian military bases in Tajikistan and Kyrgyzstan: we have increased the number of air defense units at the Kant airbase [in Kyrgyzstan], and the 201st base now has a divisional structure,” Shoigu said at a security conference in Moscow.

The International Security Conference began in Moscow Friday for the third time. The event is being attended by military experts and government officials from a number of countries, including China, Belarus, Iran, Egypt, Syria, Iraq and Serbia.

Defense ministers or deputy ministers from the member countries of the CSTO and SCO are also planning to attend the conference. Two panel discussions are expected: “The Search for Ways to Stabilize the Situation in the Middle East and North Africa” and “Afghanistan and Regional Security.”

European Union, US and NATO representatives, critical of Russia's actions in Ukraine, refused to participate in the event.