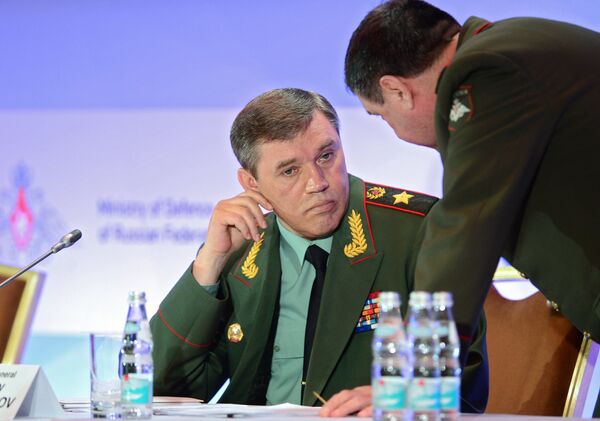 MOSCOW, May 23 (RIA Novosti) – Private military companies are participating in events in Ukraine, the head of the Russian military's General Staff said Friday.

“There are facts of the participation of private military companies in the Ukrainian events,” Gen. Valery Gerasimov said during an international security conference in Moscow.

He also said the developments in the events in Ukraine were dynamic and unpredictable.

Reports earlier surfaced about the participation of notorious private security contractors Blackwater and Greystone in the military operations in eastern Ukraine. The Ukrainian Foreign Ministry has denied foreigners are involved in the special operations.

Earlier this month, a spokesperson for the White House National Security Council also denied media reports that claim hundreds of well-trained US mercenaries were involved in the conflict.

The news came after the German newspapers Bild am Sonntag and Der Spiegel said some 400 elite commandos from the notorious military firm Academi, previously known as Blackwater, were taking part in a special operation mounted by the self-styled Ukrainian interim government against its own people in the country’s southeastern regions.

In April, the Russian Foreign Ministry also reported that some 150 US commandos from Greystone, a private military contracting firm, had been deployed to Ukraine to help Kiev's authorities suppress the protest movement.