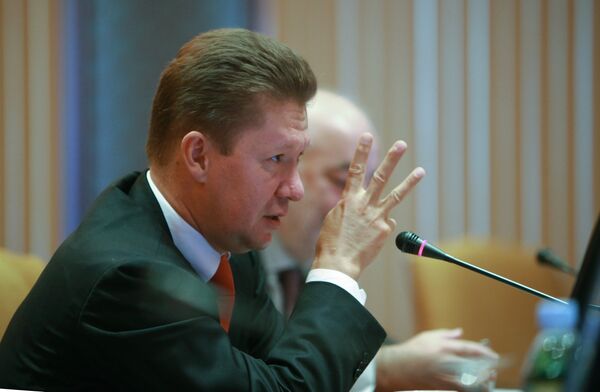 SHANGHAI, May 21 (RIA Novosti) — Russia’s Gazprom CEO Alexey Miller refused to name the price for gas deliveries to China, citing it as a "corporate secret."

"This is a corporate secret," Miller told journalists Wednesday.

Russia and China agreed on a long-term gas supply contract in Shanghai on Wednesday, after years of talks on the deal, worth billions of dollars.

The 30-year agreement between Russia's Gazprom and China National Petroleum Corporation (CNPC) ensures annual delivery of 38 billion cubic meters of Russian gas to its eastern neighbor. It was signed on the second day of Russian President Vladimir Putin's official visit to Shanghai.

Miller said the overall cost of the 30-year contract for Russian gas deliveries to China is $400 billion.

He also said earlier that Gazprom can get from China a prepayment on gas deliveries that may start in 2018 on the agreed terms, but may increase the volume to 60 billion cubic meters a year.