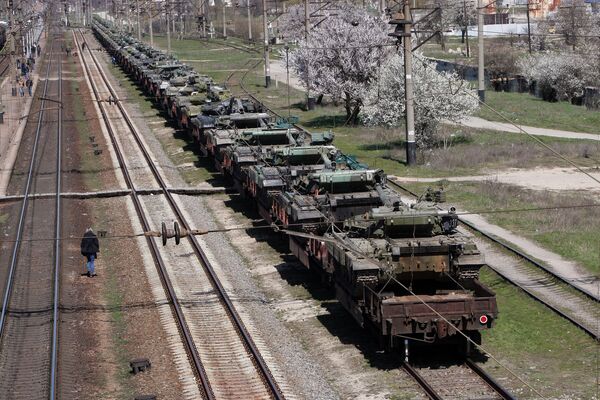 MOSCOW, May 20 (RIA Novosti) – The Russian Defense Ministry plans to turn over all Ukrainian military equipment that was stationed in Crimea by the end of this year, Deputy Defense Minister General Dmitry Bulgakov told RIA Novosti Tuesday.

“Everything will be handed over at the fixed dates, according to the approved schedule. I think it will be handled this year,” Bulgakov said.

The ministry earlier said that it was ready to hand over to Ukraine all military hardware from Crimea by June 2014. According to Bulgakov, equipment and weaponry will be turned over in the same state it was in when abandoned by Ukrainian troops.

At the time Crimea held its referendum on reunification with Russia, over 70 ships, belonging to Ukraine Navy were stationed there. Russia has already handed over 38 vessels to Ukraine. Other equipment from Crimea was also turned over to Kiev, including over 400 units of military hardware, armored vehicles and aviation.

The Republic of Crimea reunified with Russia in March after over 96 percent of residents voted for separation from Ukraine following a regime change resembling a military coup in Kiev and the ouster of legitimate president Victor Yanukovych.