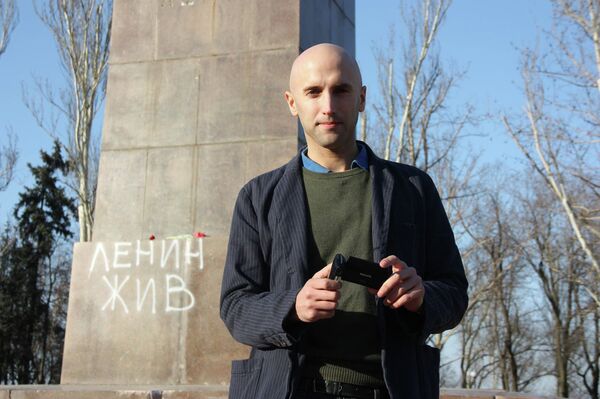 “I’m sitting at a blockade post in a portacabin. The dialogue is quite interrogation oriented,” Graham Phillips told RT over a phone.

The journalist was detained by the Ukrainian National Guard near a checkpoint in the city of Mariupol. He was reportedly interrogated about alleged spying activities.

The National Guard confiscated Phillips’ laptop, a bulletproof jacket and his helmet, though he did not sustain any sort of injuries, according to RT.

The soldiers claimed the detained journalist would stay at the checkpoint till the arrival of officials.

Phillips earlier wrote on his Twitter account that Ukrainian radicals had placed a ten-thousand-dollar bounty on his head.

This is not the first case of journalists being detained in Ukraine. Last week two LifeNews journalists, Oleg Sidyakin and Marat Saichenko, were arrested by Ukraine’s so-called National Guard outside Kramatorsk. The Ukrainian authorities accused them of supporting terrorism in the country’s east.