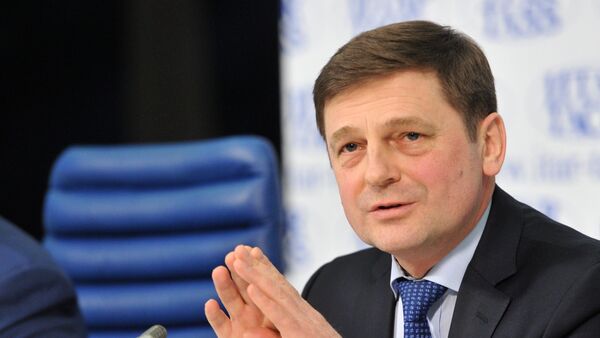 “The staff changes will happen. But these issues are not connected with the incident: it is a matter of systematic problems in the industry,” said Ostapenko, the head of the Russian space agency.

Responding to a question about the measures that are planned to be taken in order to revive Proton’s reputation, Ostapenko said “only competent work could help return the good reputation. You have to understand that it cannot be done just by talking. That is why we will take all possible administrative and technical measures to avoid such incidents in the future.”

The Roscosmos head added that it is too early to talk about the suspension of Proton’s launches next year.

“We will take decision on every launch separately after the inter-departmental commission completes its work,” he said.

He underlined that a panel of experts was yet uncertain about what caused the malfunction, saying that “everything is possible.”

The Proton-M rocket suffered an unknown failure and was lost last week, about nine minutes after being launched from the Baikonur space center in Kazakhstan. The upper stage and its payload, the advanced Express-AM4R communications satellite, burned up in the atmosphere above China, with no debris reaching Earth.

The Express-AM4R satellite was manufactured by Astrium, an aerospace subsidiary of the European Aeronautic Defense and Space Company (EADS), and was built as part of Russia’s space program for 2006-2015. The crashed rocket was insured for 7.8 billion rubles ($224 million).