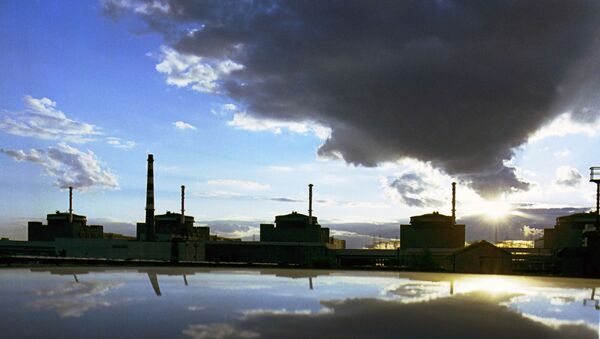 BRUSSELS, May 20 (RIA Novosti) – NATO's civil experts have issued technical recommendations for Ukrainian nuclear power plants after visiting the country, a representative of the alliance told RIA Novosti on Tuesday.

"As requested by Ukraine, NATO sent a small group of civil experts to Ukraine at the beginning of April to help Ukrainian authorities review the national emergency action plan and the nuclear infrastructure security measures," said the speaker, who preferred to remain anonymous.

The checks only concerned technical issues, the source said.

“The experts have jotted down a range of technical recommendations after the visit. NATO does not intend to send military troop to Ukraine,” the source said when asked whether NATO soldiers would provide security for the plants.

On Monday, NATO Secretary General Anders Fogh Rasmussen announced he had sent the group to Ukraine.

Earlier this month, Ukraine announced its decision to use American fuel for its nuclear power plants a political step to limit its resource-dependence on Russia. Some experts said the US-produced fuel rods were incompatible with the country’s Soviet-era reactors, which could result in a second Chernobyl disaster.

The Czech Republic earlier cancelled the construction of two nuclear reactor projects by Westinghouse due to a radiation leak. In 2012-2013, Kiev reported problems with the Westinghouse-made fuel assemblies that were installed on Soviet-made reactors at the South Ukraine power plant.

As of this month, Ukraine had 15 nuclear reactors generating nearly half of its electricity, according to the World Nuclear Association.