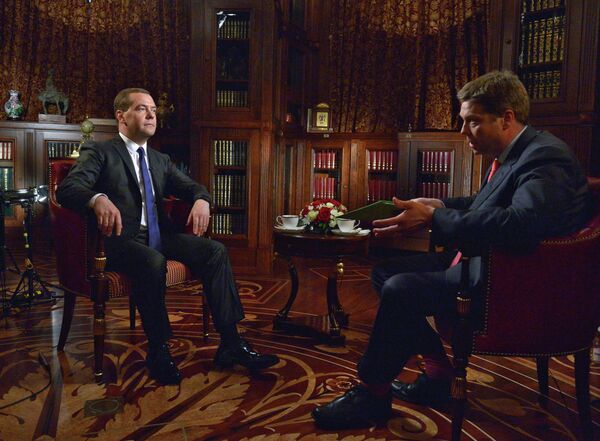 MOSCOW, May 20 (RIA Novosti) – Russia is not obligated to guarantee the territorial sovereignty of Ukraine because it never took on that obligation, Russian Prime Minister Dmitry Medvedev said Tuesday.

The Russian prime minister stressed that Moscow was expecting certain commitments from those coming to the negotiating table, including a guarantee for non-interference in Ukraine’s internal affairs, a guarantee not to draw the crisis-torn country into NATO, and assurance that people in eastern Ukraine will not lose their right to use the Russian language.

Medvedev also said that major obligations to the Ukrainian people rest with the authorities and these are, first of all, to ensure order in the country and begin a national dialogue on reconciliation, which according to the prime minister, should result in a new constitution.