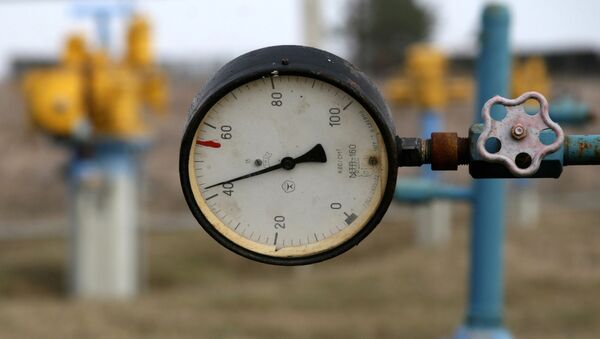 “Ukraine needs to show its readiness, at least partially, to pay its debt,” Novak said.

Because of Kiev’s debt to Russia, Moscow has implemented a prepayment plan for gas. Russian gas giant Gazprom has already sent an advance bill for June to Ukraine’s Naftogaz. If that payment is not made by June 3, Gazprom will shut off deliveries to Ukraine.

“This doesn’t exclude talks on possible discounts if the Ukrainian side pays its debt from April 1,” Novak said.

Earlier this month, delegations from Russia, Ukraine and the European Union met in Warsaw to discuss Ukrainian gas issues but failed to reach any agreement.

The next round of trilateral talks, according to Novak, is planned to be held on May 26

“We agreed that in a week, during the next consultations we will discuss issues on financial aid to the Ukrainian party,” Novak said Monday after a bilateral meeting with the EU on gas issues.

In April, Gazprom made a decision to cancel two discounts earlier granted to the country, thus raising the price of Russian gas for Ukraine from $268.50 to $485 per thousand cubic meters.

According to Gazprom estimates, Ukraine’s accumulated gas debt now stands at $3.5 billion and Naftogaz has not paid even part of its arrears to Russia.

Acting Ukrainian Prime Minister Arseny Yatsenyuk announced that Kiev was ready to pay off its debt if Russia agreed to sell gas at the old price of $268 per thousand cubic meters.