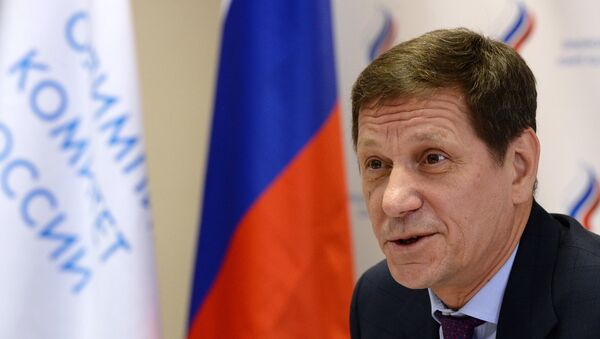 R-Sport was earlier told that the venue may be moved to London because Rio de Janeiro is behind in preparing for the event.

“We hope that Rio will be able to make the preparations to the Olympics and the Games won’t have to be moved to London or Moscow,” Zhukov said.

A source in the International Olympic Committee (IOC) earlier revealed that the Russian capital is being considered as a possible backup host for the 2016 Summer Olympic Games amid doubts that facilities in Brazil will be completed on time.

The source added that Moscow's ability to afford the Games was still a question, and that the city could face a few difficulties in preparing certain sport facilities, such as in sailing, equestrian events and cycling.

The London Evening Standard reported last week that the IOC had secretly asked if the British capital, which hosted the 2012 Olympics, would be able to take over from Rio de Janeiro because of the delays in Brazil’s preparations.

With two years to go before the Games, Rio has come under severe scrutiny for chronic delays. IOC Vice President John Coates called Brazil’s preparations “the worst” he had ever witnessed.

London hosted the Olympic Games in an emergency in 1908, replacing Rome after a disastrous eruption of Mount Vesuvius.