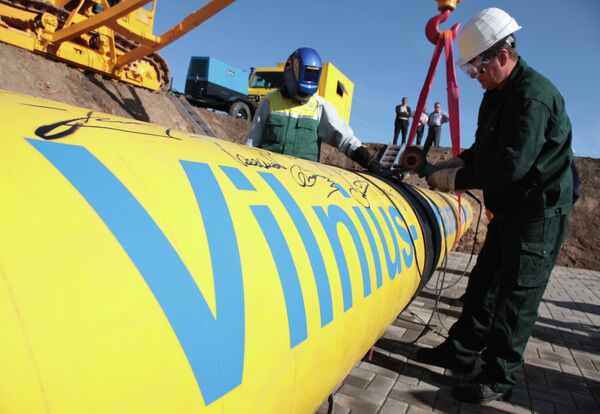 “Around 20 percent,” Dmitry Khandoga told RIA Novosti answering a question on the possible amount of the discount.

Lithuanian media reports said earlier citing unofficial sources that Vilnius could get a 20 percent discount that will put the natural gas price to $370 per 1,000 cubic meters.

Lithuanian Prime Minister Algirdas Butkevicius said in early May the sides had agreed on such a deal, without giving further details. The new price will be applied from July 1, 2014 through December 31, 2015, when the contract expires.

Vilnius has been at odds with Gazprom over contract prices and the EU Third Energy Package, which will have the Russian company leave the management of Lithuania’s gas transmission operator, Amber Grid, by November.

Besides Lithuania, other gas importing countries, including Turkey, have been pushing to revise the gas price contract with Gazprom.

In this respect, Khandoga could not say whether Turkey should be counting on a discount deal recently requested by Ankara similar to the 20 percent price reduction that Lithuania has received from Gazprom.