Russia Has Strong Suspicions of US Mercenary Activity in Ukraine – Lavrov 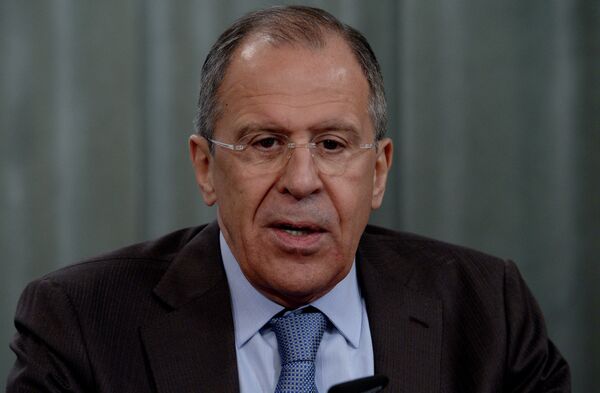 “We are waiting for answers, because we … have very strong suspicions that this might be true,” Lavrov said during an English-language interview with Bloomberg.

He added that Russia has always sought to ease concerns and answer questions that arise in the international community. At the same time, the country’s Western partners and the government in Kiev chose to keep silent on issues that are of concern for Russia.

“The questions that we asked remain unanswered,” Lavrov said.

According to Lavrov, information on mercenaries from US security companies in Ukraine appeared in the press earlier, but Washington has always denied this. The same information has begun appearing again.

“We would like to see whether it is true or not,” Lavrov said.

According to the German Bild am Sonntag newspaper, around 400 elite commandos of notorious US private security firm Academi are allegedly helping Ukrainian authorities in a punitive operation against federalists in the country’s eastern regions.

The newspaper said the Academi mercenaries have taken part in attacks against federalists near Slaviansk, one of the strongholds of pro-federalization supporters in Ukraine. It is unclear who hired them, the newspaper added.