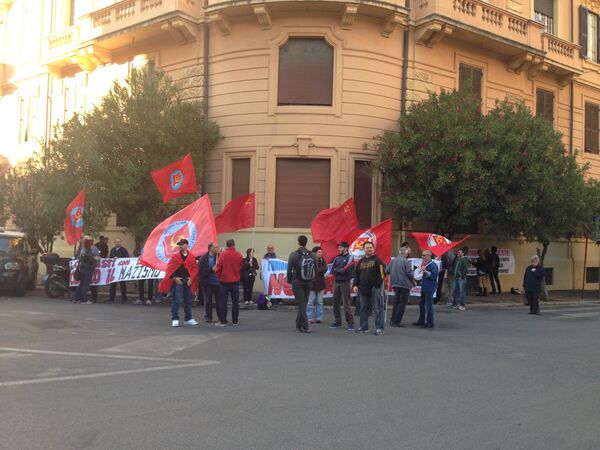 MOSCOW, May 13 (RIA Novosti) – Peace activists in Rome have gathered to demonstrate against the EU’s support of the authorities in Kiev, Italian antiwar activist Marinella Correggia from the No-War Network told RIA Novosti Tuesday.

“We will stage this demonstration in front of European Union’s representation in downtown Rome, protesting against the support that the European Union is giving to the putschist government in Kiev and the fact that they ignore the atrocities which were made by the neo-Nazist groups which are in the government of Kiev,” Correggia said over the phone.

“We are also protesting against the double standards – Kosovo was born after the NATO bombings and that is very much OK for the EU and it is recognized as an independent country. When it is Crimea or Eastern Ukraine with not the war but a referendum, the EU and the US, and of course NATO, they say it is illegal, criminal,” Correggia told RIA Novosti.

The demonstration will unite Italian peace and anti-fascist organizations which, according to Marinella Correggia, have been silent for years. Thus she doesn’t expect many people this time, though the next demonstration scheduled for May 17 could attract thousands of people.

A similar demonstration was held last Friday in Naples.