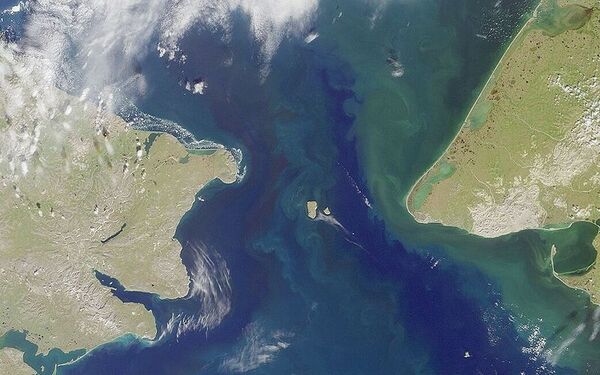 A Chinese plan to build a high-speed rail line connecting China to the United States via Russia and Canada is entirely feasible, but it remains to be seen if the US and Russia can cooperate amid the Ukrainian crisis, US rail expert Hal Cooper told RIA Novosti.

WASHINGTON, May 13 (RIA Novosti) – A Chinese plan to build a high-speed rail line connecting China to the United States via Russia and Canada is entirely feasible, but it remains to be seen if the US and Russia can cooperate amid the Ukrainian crisis, US rail expert Hal Cooper told RIA Novosti.

Cooper, of the Cooper Consulting Company in Kirkland, Washington, along with Alaskan businessman Fyodor Soloview, both said in separate interviews that recent Chinese government media reports revealing a plan to bore under the icy Bering Strait to connect Asia to North America were well-grounded.

The prospective underwater tunnel between Russia and the US – four times longer than the Channel Tunnel connecting the UK and France – is the most daunting part of the entire project, although China Daily said Beijing already had the technology for such an undertaking.

It is also potentially a global game-changer, Cooper added. “After this announcement by the Chinese, [the project] will never be suppressed. It’s never going to be swept back under the rug again,” he noted.

On May 7th, the Beijing Times ran a commentary by rail expert Wang Mengshu of the Chinese Academy of Engineering, citing plans to build a high-speed rail line nicknamed the China-Russia-Canada-America line.

“Right now we're already in discussions. Russia has already been thinking about this for many years,” Mengshu told the paper. It was not clear to what extent the Chinese government is supporting the proposal.

Both Cooper and Soloview have spent the past two decades promoting the construction of a Bering Strait tunnel to connect the US to Russia by rail, but the participation of China overcomes a number of previous problems.

On the problem of cost, Soloview, the founder of InterBering, LLC, a private, Alaska-based company dedicated to building the Bering Strait tunnel, stated that China’s purchase of Alaskan coal would offset construction costs and “would alone pay for the entire railroad and the Strait tunnel.”

Hal Cooper also noted that from a Canadian perspective, China could import up to 3 million barrels of oil per day from Alberta, Canada, which, he said, is enough to justify building the rail connection.

Soloview’s firm estimates the entirety of the Chinese high speed rail project from the Chinese capital of Beijing to the US capitol in Washington, DC would cost at least $2 trillion. The Bering Strait tunnel would cost approximately $35 billion, a small fraction of the total.

Real challenges come from cooperation between governments, both experts agreed. The US should consider a “Pacific focus rather than an Atlantic focus,” Cooper stressed.

“The Atlantic group of the EU and the US is on a downhill pathway. And it is time for the US to abandon that posture and affiliation and move to the Russian and Chinese, and to the Asian-Pacific focus,” Cooper said, adding that for this new international association the Bering Strait tunnel “is the critical element.”

Skeptical of the ability of China and three other governments to work together, Soloview said “the biggest challenge is to get the permission from Russian President Vladimir Putin, from Barack Obama, and from the Canadian Prime Minister.”

“Because of the situation in Ukraine, President Putin and Obama cannot talk about any problems like this,” he added.

Rather than a four-nation agreement, Soloview has proposed sectioning the project, whereby China would cooperate on a bilateral basis with the US and Russia, separately, avoiding the strains of a US-Russian partnership.

China’s ambitious project has been dusted off amid strained US-Russia relations following the coup in Ukraine and Russia’s ensuing reunification with the Russian-majority republic of Crimea. A freeze in a series of joint projects and intergovernmental cooperation programs between Moscow and Washington has effectively pushed Russia into the arms of China, its long-time economic partner.

Russian President Vladimir Putin is to visit China this month to sign a number of bilateral agreements, including on potential Russian gas supplies to China.