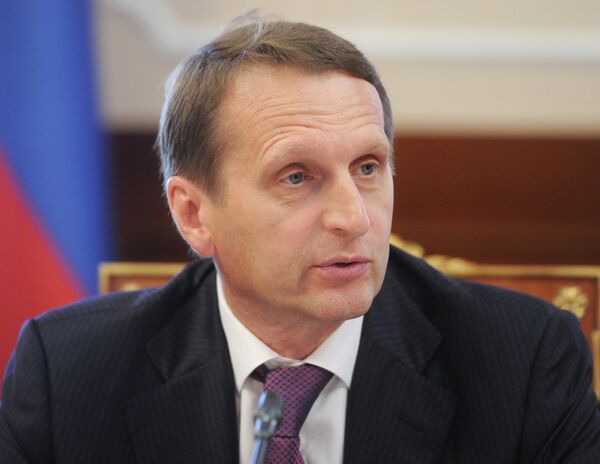 "The results of the referendums show the opinion of millions of Ukrainians in Luhansk and Donetsk regions, the opinion that their rights … are now massively violated," Naryshkin told reporters.

"The referendum demonstrates their desire to protect their rights, the desire for freedom, in fact," the speaker said.

In the Luhansk region, voter turnout was over 79 percent, with the turnout in the regional capital exceeding 76 percent. According to preliminary data, about 90 per cent of people in both regions voted for independence.

The Kremlin said in a statement Monday it respected the will of the people in Ukraine’s southeast and urged the regime in Kiev to do the same. Moscow said it condemned "the use of force including military hardware against peaceful citizens which led to deaths" during the referendums.