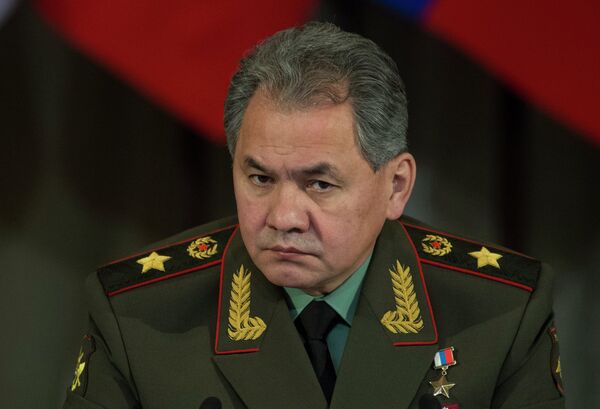 "Taking into account the role and importance of long-range high-precision weapons in strategic deterrence, we are planning to quadruple by 2021 the number of carriers of high-accuracy weaponry," Shoigu said.

Igor Korotchenko, a leading Russian military expert, said that submarines, fighter jets and strategic bombers were all included as high-precision weapon platforms, and their total number would quadruple.

According to Korotchenko, the weapons systems include both diesel- and nuclear-powered submarines, as well as a range of aircraft including the Su-35 Flanker fighter, Su-34 Fullback fighter-bomber, Tu-50 (PAK FA) fifth-generation fighter and the Tu-160 Blackjack and Tu-95MS Bear strategic bombers.

Shoigu announced the plans while reporting on the results of the drills carried out earlier on Thursday by Russia's nuclear triad.

During the exercise, the Russian military test-launched a Topol (SS-25 Sickle) intercontinental ballistic missile from the Plesetsk launch complex in northwestern Russia.

Shoigu told Russian President Vladimir Putin, that the share of advanced missile systems in Russia’s arsenal will rise to 80 percent by 2016, and replace old models completely by 2021.

He praised the high degree of readiness of the Russian nuclear triad, demonstrated during the exercises.

The drill was overseen by Putin and observed by the presidents of Collective Security Treaty Organization member states Belarus, Armenia, Tajikistan and Kyrgyzstan.