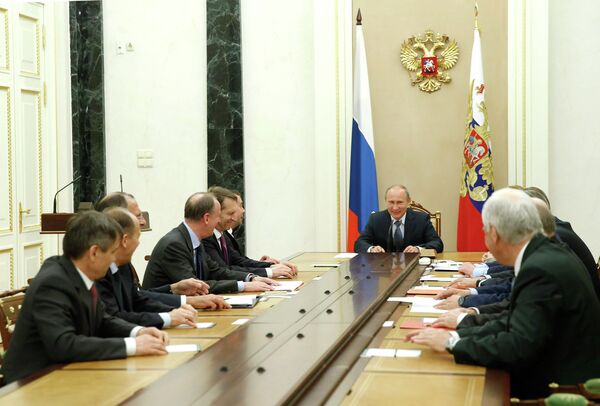 "A detailed exchange of thoughts on Ukraine has taken place, including in the context of Vladimir Putin's talks with Didier Burkhalter, Switzerland's president and acting OSCE chairman," Peskov said.

Putin called Wednesday for the supporters of pro-federalization in the southeastern Ukraine to push back a referendum on the status of their regions, scheduled for this Sunday, in order to create the necessary conditions for nationwide dialogue.

The representatives of Ukraine's Donetsk and Luhansk regions, which were preparing the votes to decide on their independence, said they would consider the proposal.

Deadly clashes between pro-federalization supporters and Ukrainian security forces have raged across the country’s east and south, killing dozens and injuring hundreds, after Ukrainian authorities announced the launch of special operation to crack down on the protesters with military force.

Russia has repeatedly condemned Kiev’s military operation against the restive regions and urged an immediate withdrawal of Ukrainian troops, as well as the start of comprehensive national dialogue to de-escalate the situation in the crisis-hit country.