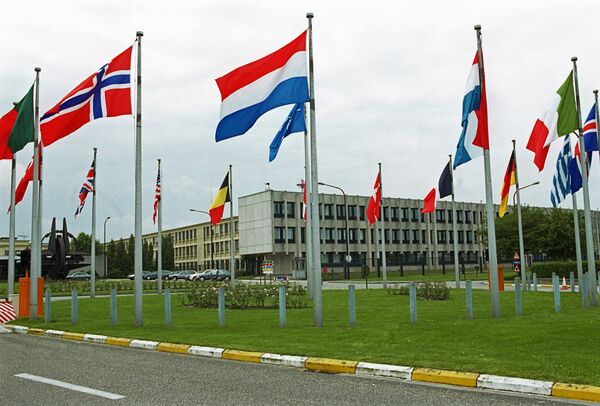 “If NATO is foolish enough to attempt to set up bases in Western Ukraine, for instance, make sure there will be a forceful Russia reaction,” Escobar said. “So Russia's policy will continue to be defensive and reactive – but that does not mean surrendering. Georgia was a red line. Crimea was a red line,” he said.

It was earlier reported that NATO is considering permanently stationing troops in parts of Eastern Europe as tensions over Ukraine are on the rise. The alliance’s member states will reevaluate NATO’s presence in Europe prior to a summit of NATO leaders in Wales in September.

“Extra troops in the Baltics, Poland and Romania won't force Moscow to lose any sleep. Missile shield would be another story. NATO's 'decision' will come in September – but that's been already decided by the Pentagon, which will only have to convince a few recalcitrant members,” Escobar told RIA Novosti.

He also said that NATO's Plan A was to take over the Sevastopol base in Crimea.

“Major fail,” he added. “Plan B is more of the same; unbridled expansion, now that the 'evil enemy,' Russia, has been painted in full colors through an overwhelming propaganda machine.”

Commenting on possible NATO enlargement, Pepe Escobar noted that “Moscow should react by deploying more missiles in Kaliningrad,” the point of view shared by Russian political scientists as well.

“It's not by accident that NATO would love to cut off Kaliningrad from Russia. And of course improve its cyber-war capabilities. Post-modern war is not about troops, but electronic mastery. As for the sterling performance of NATO troops, please refer to the past few years in Afghanistan,” Escobar said.

NATO has repeatedly blamed Russia for the escalation of tensions in Ukraine and building up arms and troops on the country’s border. The alliance has already used the crisis to justify an expansion of its military forces near Russian borders, bumping up the number of air patrol missions in Eastern Europe.

On Thursday, the Russian Defense Ministry called on NATO and the Pentagon to stop their “cynical deceptions” to the world community in regard to the situation on the border with Ukraine.

Russian Foreign Minister Sergei Lavrov said Tuesday that Moscow believes the tensions that have “ripened” in Ukrainian society were used by Western countries to advance their own interests and called on the US and EU to contribute to nationwide dialogue in Ukraine instead of further aggravating the situation.