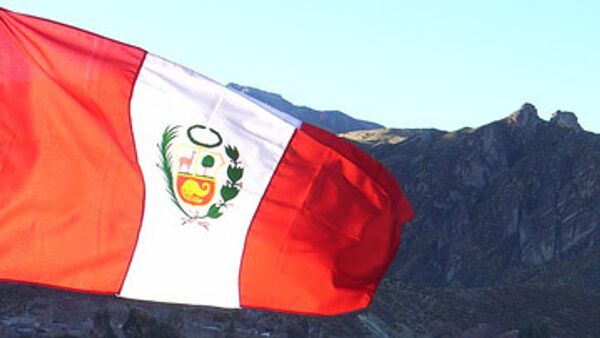 “We believe it [peace talks] to be the solution to any problem, and we hope that the Russian-Ukrainian relationship will be stabilized for the sake of regional and bilateral stability,” said Ms. Rivas ahead of her Russian counterpart’s visit to Peru’s capital city of Lima.

Russia’s Foreign Minister Sergei Lavrov is expected to travel to Peru today where he will meet with his Peruvian opposite number Eda Rivas and Peru’s President Ollanta Humala, the Russian Foreign Ministry reported earlier.

According to the Peruvian foreign policy chief, Lima has been closely watching the situation around Ukraine’s former republic Crimea and the ongoing uprising in the country’s south and southeast.

“We took a clear stand during the UN vote in late May that served as a testimony of my country’s unalterable respect and commitment to the principles of international law and the UN Charter,” the Peruvian foreign minister stressed.

“Our country realizes the complexity of this exceptional situation that the region has found itself in,” she added.

On April 17, top diplomats from Russia, the United States, Europe and Ukraine met in Geneva, Switzerland, to agree a number of measures aimed at the de-escalation of tensions in the crisis-hit country, including the disarmament of irregular militant groups and a dialogue on constitutional reforms.