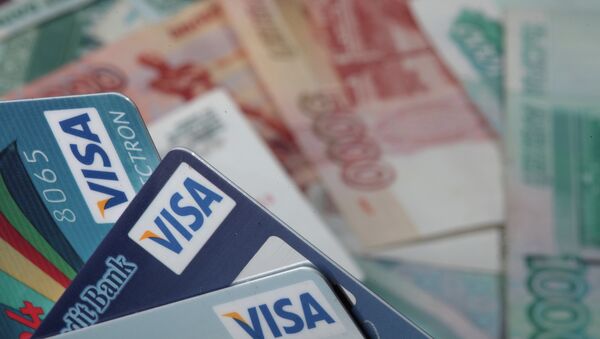 "In compliance with the US legislation, Visa International Service Association stopped servicing the abovementioned financial institutions. We regret the inconvenience caused to these organizations, clients of these banks and retail and service outlets,” the statement said.

"All Visa systems are functioning in the ordinary course and we continue to provide services to the rest of our Russian customers," the US company said.

International payment system MasterCard announced on Monday that it will also block SMP Bank and Investcapitalbank in the near future.

SMP Bank earlier said that it had already undertaken some measures to minimize possible damages. The bank has been maintaining balances on correspondent accounts at a minimum level. SMP Bank also has an agreement with a number of Russian banks for the establishment of host-to-host connections to secure operations of its cards.

Russian SMP Bank and Investcapitalbank, controlled by brothers Arkady and Boris Rotenberg, were named in the sanctions.

Moscow has repeatedly warned that talking in the language of sanctions is “inappropriate and counterproductive” and warned Western officials about the “boomerang effect” that sanctions would have.