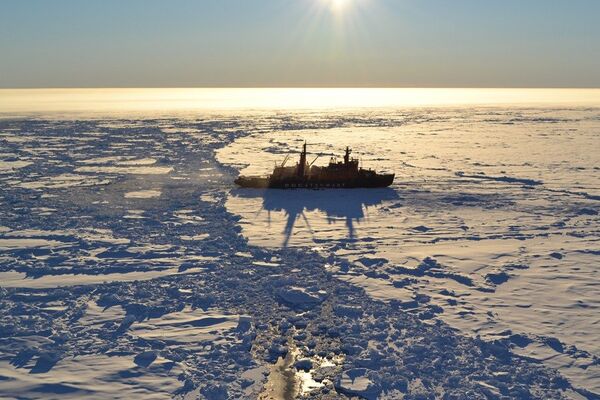 In the past decade, Russian scientists have gathered enough scientific evidence to substantiate the country’s territorial claim for hydrocarbon-rich areas of the Arctic shelf, a leading Russian scientist said Tuesday.

Valery Vernikovsky of the Trofimuk Institute of Petroleum Geology and Geophysics said a UN commission rejected Russia’s previous claim in the early 2000s with the justification that “geological and geophysical issues were not properly studied.”

“That’s why several scientific institutes, including ours, have studied these problems under the supervision of the [Federal Agency for Subsoil Use] Rosnedra and the Nature Resources Ministry,” he said.

Russia submitted a territorial claim for the Lomonosov Ridge to the United Nations in 2001 but it was turned down over a lack of evidence. Norway, Canada, Denmark and the United States have also laid claims to the territory.

The territory is believed to hold vast hydrocarbon deposits, which are becoming more accessible as rising global temperatures lead to a reduction in sea ice.

If Russia proves that the Lomonosov Ridge and the Mendeleev Ridge are an extension of the Russian continental shelf, the country will receive the right to the additional 1.2 million square kilometers in the Arctic and to the development of huge oil and gas fields in the triangle formed by the Chukotka Peninsula, Murmansk and the North Pole.

Russia should gather conclusive evidence that the areas are made up of continental rather than oceanic crust and therefore constitute a natural extension of the Eurasian continent, Vernikovsky said.

The scientist said that a series of studies, including sample drilling at a depth of over 2,500 meters, have provided sufficient evidence to prove that that the Lomonosov and the Mendeleev Ridges are made of continental crust about 460-470 million years old.

However, he said, the decision about Russia’s claim will be political rather than scientific.