NATO's Information Bureau in Moscow Could Be Closed – Report 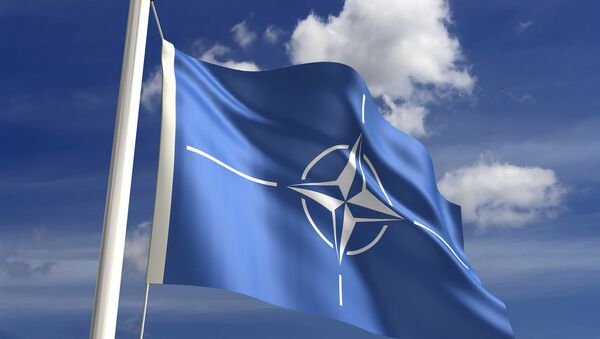 © Fotolia / selensergen
Subscribe
The NATO Information Office in Moscow (NIO) could soon shut down its operations in response to the alliance’s decision on suspending cooperation with Russia over the Ukrainian crisis, the Kommersant newspaper reported Monday.

MOSCOW, April 28 (RIA Novosti) – The NATO Information Office in Moscow (NIO) could soon shut down its operations in response to the alliance’s decision on suspending cooperation with Russia over the Ukrainian crisis, the Kommersant newspaper reported Monday.

A source in the Russian Defense Ministry confirmed to the newspaper that Russian authorities are considering such a possibility. However, sources close to the Russian presidential administration said that the final decision has not yet been taken, but “everything is leading up to this.”

“This is an arising retaliatory measure as in current realities it is impossible to find a common language with NATO,” the newspaper cited one of the sources as saying.

According to the report, Russian officials doubt that the information office should continue its work after the foreign ministers of the 28-nation NATO announced on April 1 they were freezing civilian and military cooperation with Russia, in an effort to put further pressure on Russia following its reunification with Crimea.

The move comes after the alliance’s leadership ordered to limit the access of Russian diplomats to its headquarters in Brussels. The Russian Foreign Ministry said the decision reflected the persistent ‘cold war’ mentality among the alliance’s officials.

NATO has yet received no official notifications on the future of its Moscow office, which was opened in February 2001 and housed within the Belgian embassy, a source in the alliance told the newspaper.

NATO announced on April 8 the access to NATO Headquarters would be denied to all representatives of the Russian Mission, except the Russian Ambassador, his Deputy Head of Mission, and two support staff.

“This is an absolutely absurd measure, showing to what extent our NATO partners were not ready for a real dialogue with Moscow,” a source told Kommersant.

Earlier, NATO foreign ministers said they were suspending the practical and military cooperation with Russia amid the situation around Ukraine, but would continue contacts of the NATO-Russia Council (NRC) at the level of ambassadors and higher.

Russian officials have repeatedly said that Moscow was not seeking confrontation with NATO, but was ready to take all political and military measures to ensure its security.

Tensions between Russia and the West rose after the ouster of pro-Kremlin Ukrainian President Viktor Yanukovych in February, followed by the rise to power of Ukrainian nationalist politicians in the new government in Kiev, which Moscow considers illegitimate.