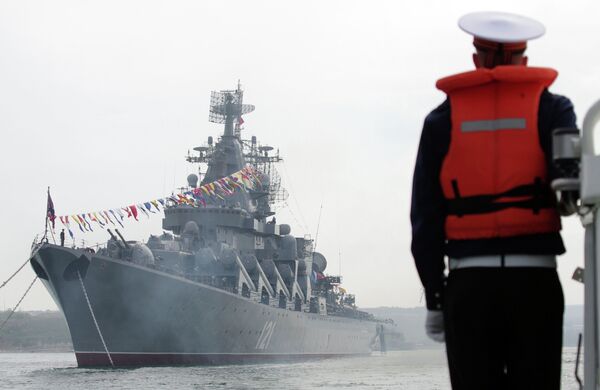 “The government of the Russian Federation together with the Ministry of Defense are to work out a program for the development of the Black Sea Fleet,” according to the announcement.

The development of Russia’s Black Sea Fleet became an important task for the country when a number of agreements were annulled with Ukraine after the Crimean Peninsula was reunited with Russia last month.

Putin signed a law earlier this month invalidating a 1997 agreement with Ukraine providing for the basing of the fleet, as well as a 2010 deal extending the Russian lease of naval facilities in Crimea until 2042.

The Russian Black Sea Fleet is headquartered in Sevastopol, a city with a special status within Crimea. As part of the former agreements, Russia paid the Ukrainian government $530 million annually for the base, and wrote off nearly $100 million of Kiev’s debt for the right to use Ukrainian waters.

As part of the 2010 deal, Ukraine also received a discount of $100 on each 1,000 cubic meters of natural gas imported from Russia, which was provided for by cutting export duties on the gas, money that would have gone into the Russian state budget.

Russia later revoked two major gas discounts for Ukraine, including the one Kiev received in December 2013, raising the price to $485.50 earlier this month. Ukraine has since been demanding that Gazprom return to December prices of $268.5 per 1,000 cubic meters.