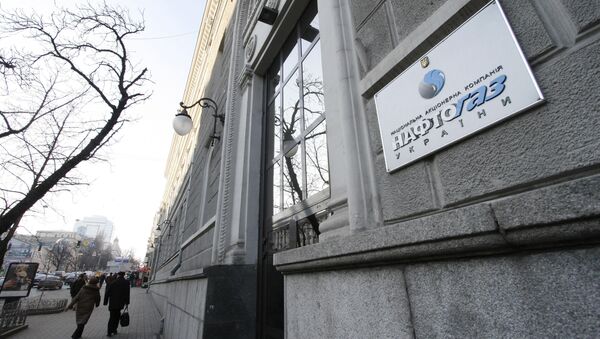 On Thursday, it was announced Gazprom had invoiced Naftogaz for $11.4 billion in arrears of natural gas in terms of a take-or-pay contract for 2013. Under the terms of the contract, Gazprom was to supply Naftogaz with up to 52 billion cubic meters of gas annually, 80 percent of which must be purchased or penalties would be imposed.

Gazprom charged the Ukrainian company with $7 billion in arrears for 2012 in January 2013. In June, an official representative of the Russian holding, Sergei Kupriyanov, said that Gazprom would not go to court over the non-payment of bills, because there was no prospect that Naftogaz could come up with the money.