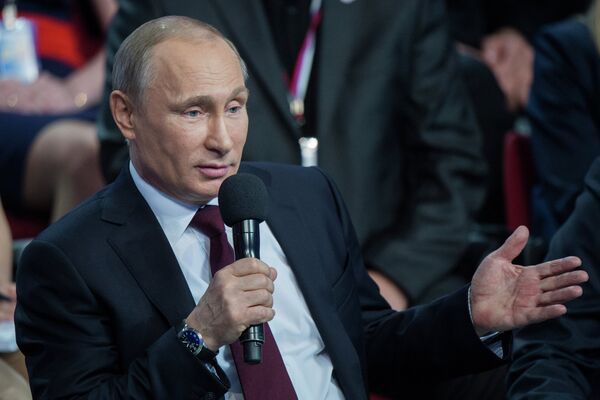 “When people are grabbed somewhere in some third country and taken away to be tried in the [United] States, this, of course, brings up a load of questions and requires attention from our public, from human rights organizations, the same we can say in regard to what is happening in eastern Ukraine. I really hope that our Russian human rights organizations are paying attention to this,” Putin said during a media forum in St. Petersburg.

The Security Service of Ukraine announced Wednesday that a military operation launched by Ukrainian authorities earlier this month against protesters in eastern Ukraine had again entered an active phase, following a temporary suspension after an agreement reached in Geneva last week.