CSTO to Suspend Dialogue With NATO Due to Ukrainian Crisis 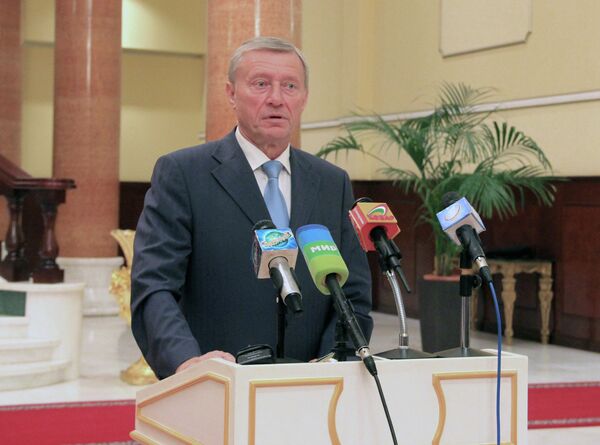 "For now we will not be making any efforts to establish contact with NATO, due to their stance during the Ukrainian crisis," Bordyuzha said at a press conference hosted by RIA Novosti.

He explained that NATO is currently "blackmailing" Russia and its allies. "Today, NATO is blackmailing all of the CSTO member states ... showing that they are extremely dissatisfied with Russia's actions in recent months."

Russian authorities are closely watching the actions of NATO in the context of the situation in Ukraine. Russia's envoy to NATO, Alexander Grushko, has warned about taking "necessary measures" to prevent Russian security from being undermined by the new NATO steps.