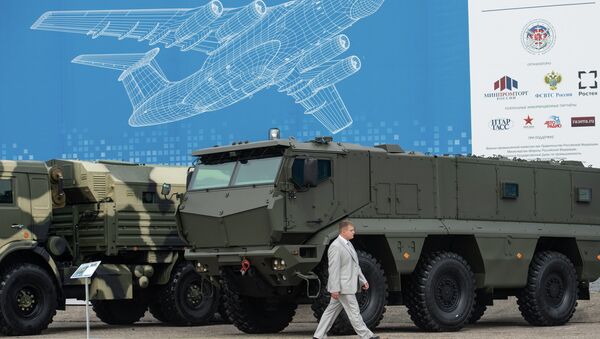 The combat robots, which have no foreign analogue, will be used to secure Yars and Topol-M missile sites and can be operated remotely by a secure wireless connection and in the future with an autonomous artificial intelligence system, the program reported Monday.

A spokesman for the Defense Ministry said last month several of the robots, which feature laser-targeting and a cannon, will be deployed at five sites by the end of the year, part of an upgrade of existing automated security systems.

The official said the robots will carry out reconnaissance and patrol missions, detect and destroy stationary or moving targets and provide fire support for security personnel at the guarded facilities.

Mobile robotic platforms play an increasingly important role in military and security applications, helping personnel to meet challenges posed by the growing threat of terrorist attacks or armed militants engaging in guerrilla warfare, while minimizing the risk of casualties.