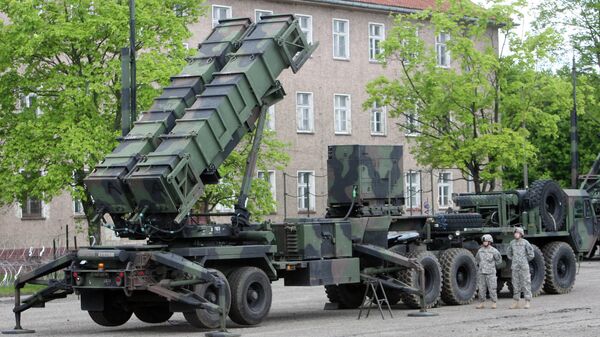 “This is an extremely dangerous and provocative development in the crisis between the United States and Russia over Ukraine,” said Boyle, a Harvard-educated professor at the University of Illinois.

“It’s just another step in the direction, I regret to say, of perhaps a reverse Cuban Missile crisis,” the expert stressed.

In response to Warsaw’s concerns over the Ukrainian crisis last month, the United States deployed 12 F-16 fighter jets and 300 military personnel to Poland and is also planning to continue construction of a missile defense shield in the area.

According to Boyle, Washington’s keen interest in cooperation with Poland and other European countries is just another dig at Russia.

“The United States is using Poland as a cat’s paw here to further encircle and provoke Russia. The real defense Poland has, as well as Lithuania, Latvia and Estonia, is non-aggression towards Russia,” the professor said.

“And yet we are seeing NATO building up its forces in all four states, which is extremely dangerous. It seems to me the United States and NATO have decided to play some cosmic type of game of chicken with Russia over Ukraine,” Boyle added.

Alice Slater, a New York director of the Nuclear Age Peace Foundation, told RIA Novosti Monday that NATO had run its course and it was high time to abolish the organization.

“It’s a big mistake, and I hope the US peace movement and the European peace movement can work to get NATO to back off. Actually we should abolish NATO. If we need peacekeeping we should do it through the UN. We should get rid of the veto in the Security Council so that it’s a fair vote and we don’t have one power ruling over everybody else. This is the 21st century, and we are going back into the 20th century, this is insane,” Slater stressed.

Boyle also expressed his opinion that the weekend hostilities in eastern Ukraine, including the Right Sector’s mobilized attacks on Russian speakers as well as their repeated attempts to take over towns, have been coordinated directly by the Obama administration.

“There is a pattern of behavior here, and I am afraid it will get worse,” he said.

“In all honesty, I do not see how Russia will be able to tolerate Ukraine under the control and domination of these neo-Nazis thugs in Kiev. This would constitute a threat to Russia,” the professor suggested.