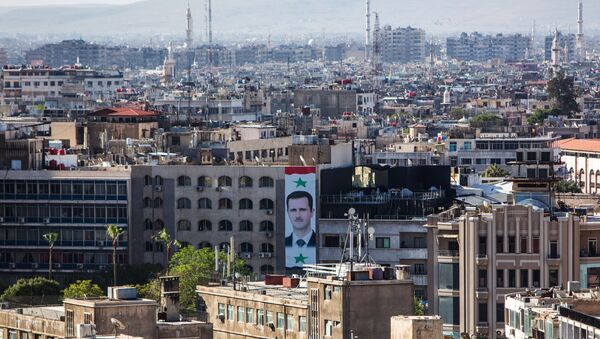 Registration of presidential candidates for an upcoming election this summer is to kick off in Syria on Monday, despite an unstable security situation, local media reported.

BEIRUT, April 21 (RIA Novosti) – Registration of presidential candidates for an upcoming election this summer is to kick off in Syria on Monday, despite an unstable security situation, local media reported.

Elections are scheduled for June or early July, with the Syrian parliament yet to decide on an exact date, according to the Al-Mayadeen news channel.

For the first time in the history of the country, several candidates can register for the presidential election, which will be held no later than July 17, the end of current Syrian leader Bashar al-Assad’s second term.

Last month, the Syrian parliament passed a new law on elections stipulating a presidential candidate must be backed by at least 35 members of country’s Legislative Assembly. He should also be not younger than 40 and must have lived in Syria for the last 10 years.

Assad was unanimously nominated by the Syrian parliament for president in 2000 following the death of his father, former President Hafez Assad. He was re-elected without opposition in 2007 to a second term after receiving 97.62 percent of the vote.

He has not yet announced if he will be running for reelection. Assad told media last April that he is ready to step down if the Syrian people so decide.

A civil war in Syria broke out following unrest that swept the Arab world three years ago, known as the Arab Spring. Armed opposition groups linked to Al-Qaeda have called for Assad's government to be replaced. The government has accused rebels of terrorist attacks and numerous killings of civilians.

According to UN estimates, over 130,000 people have died in the conflict, which has seen fierce battles between the Syrian army and Islamist militants. Over 2.3 million Syrian citizens have been forced to flee the country.