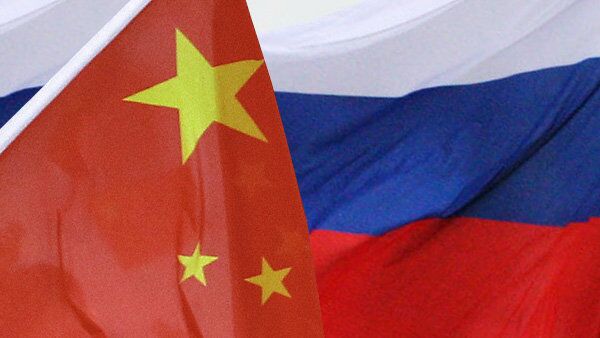 The US is pushing Russia and China together politically and militarily, while trying to contain both, Yury Tavrovsky, Professor Emeritus at Russian Friendship University told RIA Novosti.

MOSCOW, April 21 (RIA Novosti), Daria Chernyshova – The US is pushing Russia and China together politically and militarily, while trying to contain both, Yury Tavrovsky, Professor Emeritus at Russian Friendship University told RIA Novosti.

“Pro-American Chinese elites and pro-American Russian elites either will become anti-American or stop being elites,” he added.

“For the United States, Russia is an enemy and China is a potential enemy. But the confrontation course with both major powers is a strategic mistake," he said.

US President Barack Obama is scheduled to head to Asia on Tuesday, traveling to Malaysia, Japan, South Korea and the Philippines. The president however will not travel to China. The trip might be an attempt to strengthen American ties with the region and continue to pursue China’s containment strategy.

“The US has created sort of a containment line against China in the Pacific, using its allies in the region – Japan, Taiwan, South Korea, The Philippines, Singapore,” said Alexei Pilko, the director general of the Eurasian Communication Center. “This is a direct threat to China’s national security.”

The trip is largely seen as an intensification of America’s Pivot to Asia strategy which triggered Chinese anxiety as the US shifted its policy focus toward containing China. The strategy dates to 2009, when Obama went to Beijing to offer China a new arrangement for control of the world – the so called G-2 formula.

“This arrangement meant that the two superpowers would rule the world but Washington will play the leader and Beijing number two,” Tavrovsky said.

“The G-2 formula was rejected and Chinese diplomats jokingly interpreted the famous Deng Xiaoping's proverb as ‘It does not matter whether the cat is white or black, it is still an American cat,’” Tavrovsky added.

After Xi Jinping took over China in 2013 he went to the US for long talks with the American President.

“The result is still unknown but the Chinese press started to promote the ‘new model of great powers relations’ in describing the future of Sino-American relations,” Tavrovsky said. “The idea was to start equal relations. That turned out to be unacceptable to Washington and the ‘Pivot to Asia’ politics intensified,” he added, concluding that he could not see “any possibility of improvement in China-US relations in the foreseeable future.”

The two countries have strong trade relations, with China being the largest supplier of goods to the US last year ($440.4 billion), and China the 3rd largest US export market ($122.1 billion).

Pilko said a number of disputed issues, including Taiwan, US military infrastructure in the Pacific Ocean and the militarization of Japan, are likely to prevent any kind of rapprochement between the two powers.