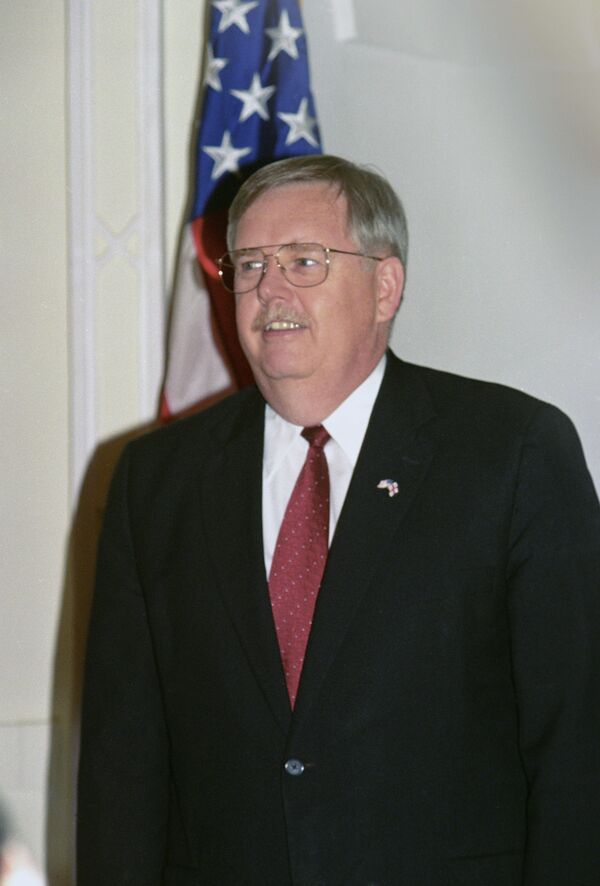 The pending appointment of John F. Tefft as the new US Ambassador to Russia reflects more of an internal policy decision, than a move to isolate Russia, Professor Alan Cafruny told RIA Novosti Monday.

“This is probably not a part of containment policy. The US can hardly isolate Russia, and the sanctions have proved that. Russia is so closely bound with the world economy and the European economy in particular, that there is no talk of possibly isolating Russia,” Cafruny, a professor of international affairs at Hamilton College, explained in an interview.

A New York Times article published over the weekend claimed “there is no reluctance to offend the Kremlin” among US officials, who earlier doubted Tefft’s candidacy as “his experience in former Soviet republics that have flouted Moscow’s influence would irritate Russia.”

“On the one hand, it comes from the frustration that US foreign policy on Ukraine is falling apart and the administration is trying to raise the temperature. On the other hand, it is an expression of domestic policy, where the State Department is taking on a hardline, especially towards Russia,” he stated.

“The appointment of a more hawkish ambassador to Moscow was a foregone conclusion. Russia's recent actions have been almost universally perceived in the United States as unmotivated and unjustified aggression, and there is virtually unanimous bi-partisan agreement that Obama needs to pursue a more confrontational and aggressive policy,” Adomanis told RIA Novosti.

It seems as if American society is no longer divided on foreign policy, calling for a hardline approach to Russia, no longer a wedge issue based on partisanship.

“I don't think Obama particularly wants to have an aggressive Russia policy, but Russia's actions and their perception in American society have now made that unavoidable,” Adomanis concludes.

Given the priority of domestic policy over foreign affairs, the new approach of the Obama administration toward Russia may jeopardize the achievements of his initial, now infamous “reset” with the Kremlin.