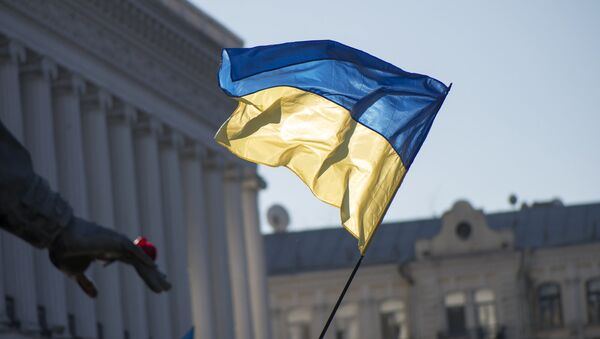 Oleksandr Yanukovych is suspected of forgery, including issuing and using fraudulent documents. He faces up to five years imprisonment if found guilty, the ministry said.

Oleksandr Yanukovych is one of the richest men in Ukraine, a major shareholder of the MAKO Group of companies, with his overall wealth estimated at up to $500 million.

According to Ukrainian media, the son of the ousted president owns a number of energy, gas and coal producing enterprises, a construction company, two wineries and the bank Ukrbusinessbank.

He left Ukraine on February 23 and his current whereabouts are unknown.

In February, the Ukrainian parliament backed by far-right movements ousted President Viktor Yanukovych, put him on an international wanted list on mass murder charges and scheduled an early presidential election for May 25.

The toppling of Yanukovych’s government has provoked a wave of rallies in the southern and eastern parts of Ukraine supporting federalization for the country to protect minority rights amid the rise of new ultra-nationalist authorities in the capital.