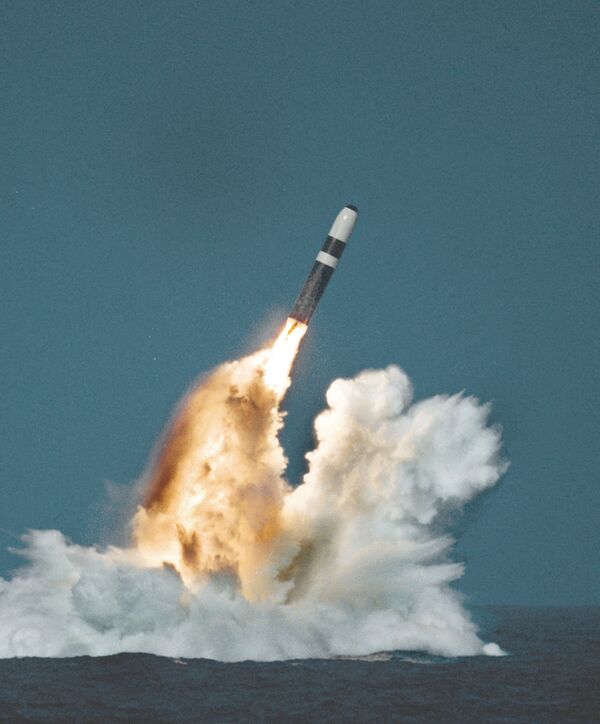 © Photo : Wikipedia
Subscribe
Britain’s biggest missile range is of more strategic importance to NATO and the UK than its nuclear submarine fleet based at Faslane, Scottish First Minister Alex Salmond has claimed.

GLASGOW, April 18 (RIA Novosti) – Britain’s biggest missile range is of more strategic importance to NATO and the UK than its nuclear submarine fleet based at Faslane, Scottish First Minister Alex Salmond has claimed.

The missile facility, based in the Outer Hebrides on Scotland’s extreme west coast, was established in 1950 and employs around 200 staff.

Concerns have been raised locally over its future if Scotland chooses independence in an upcoming referendum.

But during a visit to the Isle of Lewis, First Minister Alex Salmond dismissed concerns claiming the facility would be even more important to the local economy if Scotland declared independence.

“The Scots’ position in the northwest corner of Europe, our strategic position in the Atlantic, means such facilities are going to be absolutely required and that is what Scotland will be expected to do," Salmond said. “And they will be of fundamentally more importance to the defense of Scotland and the NATO alliance and the future of Europe than, for example, weapons of mass destruction on the Clyde.”

The Scottish Government currently advocates NATO membership for Scotland if voters back independence, but insists it would demand the immediate removal of the UK’s Trident fleet, based at Faslane.

The UK Ministry of Defense, which is proposing to expand testing at the Hebrides missile facility to allow training on unmanned military drones, accused the first minister of hypocrisy.

“It is inconsistent for those who advocate Scottish independence both to oppose nuclear weapons and still wish to join Nato, which is a nuclear alliance,” a spokesman for the ministry told RIA Novosti.

“The Hebrides ranges remain a key capability for the test and evaluation of the UK’s weapons and recent investments clearly demonstrate the MoD’s long-term commitment to the site,” the spokesman added.

John Finnie an independent Member of the Scottish Parliament, whose Highlands and Islands constituency includes the missile range told RIA Novosti “an independent Scotland, like every other nation, will require to assess the risks it faces. That assessment will show that continuity of energy supply, food and water, cyber-attack and terrorist attack are what need to be considered first with territorial threats minimal.

Finnie, who publicly resigned from the ruling Scottish National Party after it narrowly voted in favour of a policy that seeks NATO membership after independence added "rather than continue with the outlook and language of the failing UK empire I want to see an outward looking independent Scotland that plays a positive role in conflict resolution."