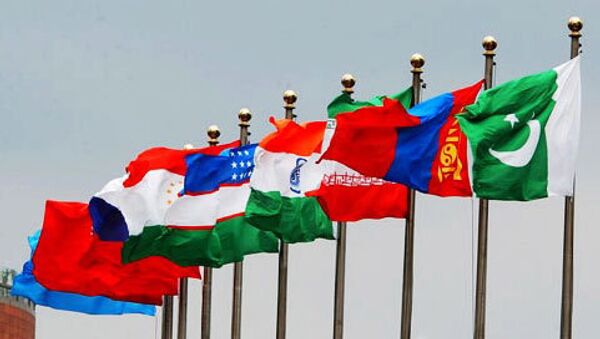 China’s minister of public security warned Thursday of new threats to member states of the Shanghai Cooperation Organization (SCO), a post-Soviet Eurasian security bloc, and proposed setting up a joint security center to deal with the challenges.

“The Chinese side is prepared to study, together with all the SCO member states, the possibility of establishing an SCO center to fight against challenges and threats to security,” Guo Shengkun told a meeting of SCO security officials in Dushanbe, Tajikistan.

The Chinese minister said there has been increased activity of militant Islamist groups, including the Islamic Movement of Uzbekistan, and warned of new terrorist and extremist organizations emerging in the region.

According to the minister, terrorists and extremists from SCO member states are most active in the Middle East and North Africa. “Their goal is to commit new terrorist attacks upon their return to the region,” he said, adding that they take advantage of online social networks to spread their ideology and raise money.

“The organization should undertake tough measures to fight against them,” Shengkun said.

Founded in 2001, the Shanghai Cooperation Organization is composed of Russia, China, Kazakhstan, Kyrgyzstan, Tajikistan and Uzbekistan.

The organization consolidates efforts to fight terrorism and radicalization among member countries, and also works on other policy areas such as politics and trade. Afghanistan, India, Iran, Mongolia and Pakistan have observer status, while Belarus, Sri Lanka and Turkey are classed as dialogue partners.