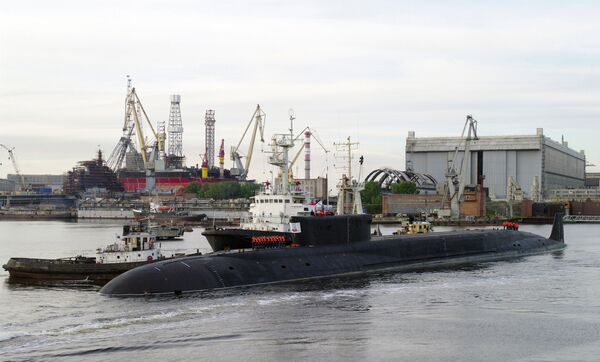 Upon completion of the trials, the two boats – the Borei-class Vladimir Monomakh nuclear missile submarine and the Yasen-class Severodvinsk attack submarine – will be the newest addition to Russia’s sub fleet.

“Once navigation at sea opens this summer, the Vladimir Monomakh and Severodvinsk submarines will begin tests. Operations on all Sevmash nuclear submarines are run under the control of the leadership of the Russian Navy,” the company said in a statement.

Admiral Vladimir Korolev, the commander of the Northern Fleet, said Sunday the Vladimir Monomakh will enter into service later this year and will conduct a test launch of the navy’s new Bulava nuclear-capable ballistic missile before becoming fully operational.

Sevmash also said that hull work on the Yasen-class Novosibirsk submarine has been completed, and the boat will now undergo hydraulic testing, adding that the next Borei-class submarine, the Knyaz Vladimir, has completed such testing and is currently preparing to take on large equipment.

The Russian Navy is expected to receive 40 new warships and auxiliary vessels this year, including a variety of surface ships of various classes in addition to the nuclear submarines. The Russian Defense Ministry is currently carrying out a massive rearmament for the navy and air force as part of a series of modernization efforts.