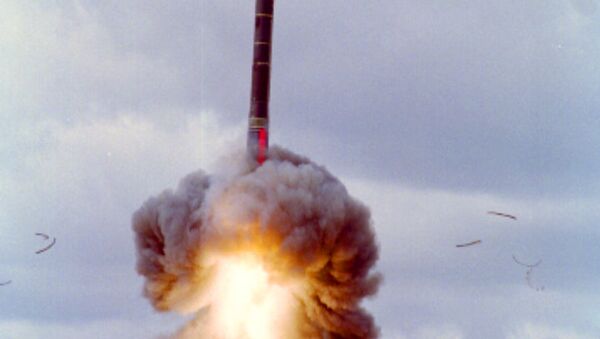 According to a ministry’s spokesman, Col. Igor Yegorov, the launch was carried out at 10.40 a.m. Moscow time (06:40 GMT) from a mobile launcher at the Plesetsk space center.

The test was successful as the simulated warhead hit a designated target at the Kura test range on Russia’s Kamchatka peninsula, Yegorov said.

The fifth-generation RS-24 Yars (NATO reporting name SS-29) is an upgraded version of the Topol-M ballistic missile that was first tested in 2007.

The Defense Ministry previously said the Topol-M and RS-24 ballistic missiles would be the mainstays of the ground-based component of Russia’s nuclear triad and would account for no less than 80 percent of the SMF’s arsenal by 2016.