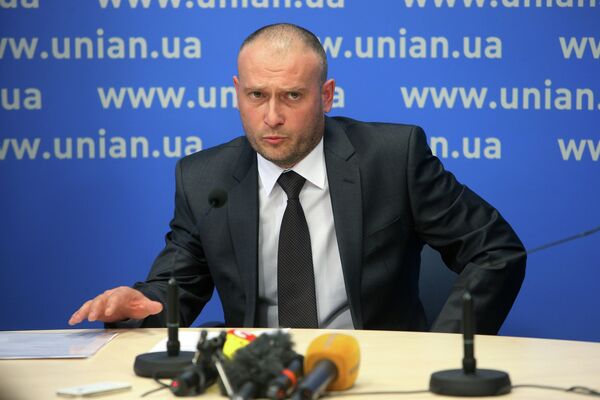 “Yesterday we turned the documents over to Interpol and now he will be on the wanted list of Interpol,” Chaika said.

In March, Russia put Dmitry Yarosh on an international wanted list and charged him with inciting extremism.

Yarosh purportedly publicly appealed to Doku Umarov, the self-proclaimed head of a secessionist Islamic radical group in the North Caucasus, to help fight against the “Russian occupation of Ukraine.”

Umarov has claimed responsibility for several terrorist attacks in Russia and, most recently, threatened to attack the Winter Olympics in Sochi.

Right Sector was an important force in the violent protests that brought the incumbent Ukrainian leadership to power in late February. Its activists used clubs, gasoline bombs, and firearms in street fighting against Ukrainian police.

Russian Foreign Minister Sergei Lavrov said that Moscow has proof pointing to a group of Right Sector radicals possibly in charge of the sniper attacks during February's protests.

Russia has described the uprising in Kiev as an illegitimate fascist coup, which resulted in it taking steps to protect ethnic Russians in Ukraine, including the reunification of Crimea.