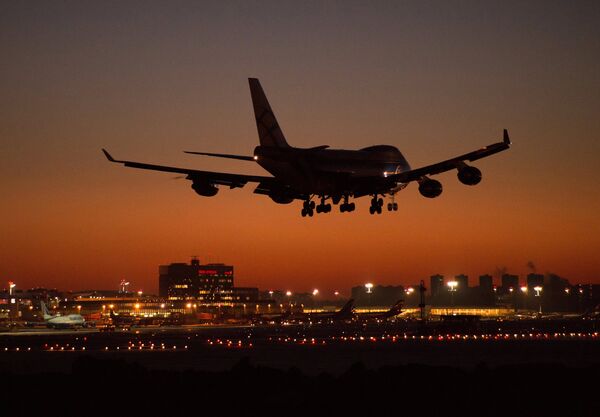 Guns on board airliners jeopardize the safety of passengers as they could cause an accidental depressurization of the aircraft, the vice president of the Russian civil aviation union told RIA Novosti.

MOSCOW, April 11 (RIA Novosti), Daria Chernyshova – Guns on board airliners jeopardize the safety of passengers as they could cause an accidental depressurization of the aircraft, the vice president of the Russian civil aviation union told RIA Novosti.

“It poses a threat to the security of the entire plane. As a bullet could be fired into the window, which would lead to depressurization of the plane, quickly killing everyone on board,” Alfred Malinovsky said.

US Senator Rand Paul suggested arming 100 percent of US pilots as the most cost-efficient method of preventing terrorist attacks in an interview with the Fox News TV channel.

“The goal of my bill is to have 100 percent of American pilots armed because I think it’s very cost effective. It’s the most cost-effective way of deterring another attack on our planes,” Paul said.

“The president has zeroed this out of his budget. He’s advocated for getting rid of the program,” he said

“Pilots come up to me all the time and say it’s too hard to get a permit and to keep up the permit,” the Kentucky senator added.

“I’ve been through this in the 80s and before,” Malinovsky told RIA Novosti. “We were given guns and an additional clip. Yet nothing was defined by law.”

“There were recommendations on when to use it and under what circumstances. But everybody has their own view on the issue,” the civil aviation leader and former pilot said.

Malinovsky suggested that if the US wants to push the initiative forward, it needs to establish a legal framework for the use of guns onboard with precise criteria, as well as introducing tougher scrutiny over the selection of pilots so that only the most trusted are provided firearms.

“Though I don’t see this as a panacea,” Malinovsky added. “The best method to prevent a tragedy like 9/11 would be to install an alarm button on board the plane that would block manual control and transfer it to a ground center. Then the terrorists who want to seize a plane would know that they would not be able to manipulate pilots by threats and guns – they would have to negotiate with the ground center.”

The concept of safety and security on planes has evolved since 9/11. The regulations have changed and tighter control has been introduced. The time preceding flight is much longer now than it was a decade ago and the workforce involved in the process of security checks has increased too.