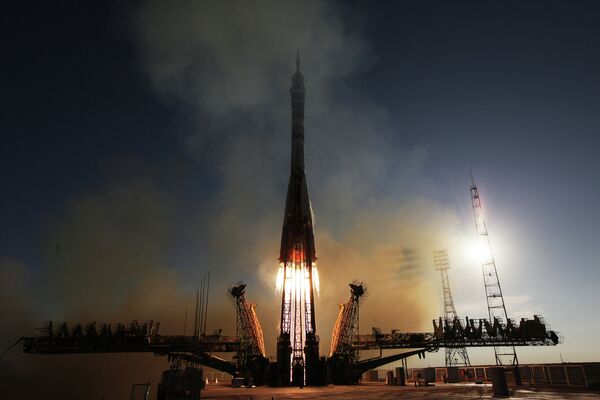 “Europe does not intend to introduce sanctions [in the field of space research]. On the contrary, all our negotiations confirm the European desire to expand cooperation,” said deputy head of Roscosmos Sergey Saveliev in a video conference devoted to Astronautics Day.

He added that Russia and Europe are closely linked and depend upon each other in space projects.

“Russian-Chinese cooperation is already happening. Last year we agreed to discuss expanding it, to work on one, two, or three large-scale research projects, and now we are looking at proposals and waiting for updates from both sides,” he said.

Saveliev suggested the partnership arrangement should be the same as on the ExoMars program with Europe.

“We should divide the responsibilities, and each side would finance the part that it is developing. And the results will be used without restrictions by both sides,” Saveliev concluded.

Last week, NASA announced the suspension of cooperation with Russia in connection with the situation in Ukraine, with the exception of the International Space Station. Many NASA officials expressed displeasure with the decision, noting that scientific cooperation should not be politicized.

NASA eased its position on Russia this week, as the agency encouraged the participation of US scientists at an upcoming international space research conference in Moscow this summer.