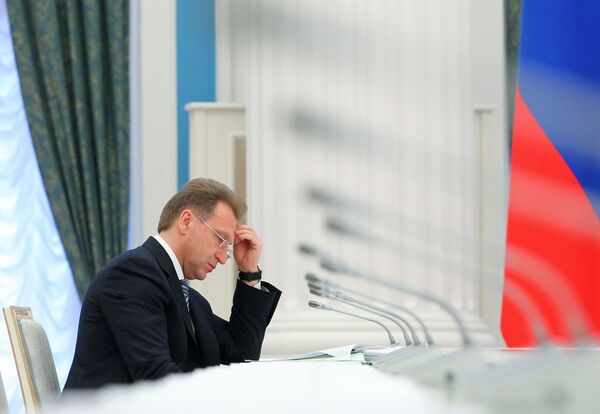 BERLIN, April 10 (RIA Novosti) – The threat of sanctions against Russia will not change Moscow’s policies, no matter what measures the United States, Germany, or other Western countries have in mind, Russian First Deputy Prime Minister Igor Shuvalov said Thursday.

“It's impossible to force sanctions on Russia. The more calls for sanctions, the harsher the sanctions placed on Russia, the more mobilized Russian society will become, and we will search for various ways to get around these difficulties,” Shuvalov said at the international “east forum Berlin 2014” conference.

The deputy prime minister assured the audience that Russia has no plans to introduce retaliatory economic sanctions against the West.

“We will not introduce any retaliatory sanctions. If someone is scaring someone else by saying that Russia will stop delivering its traditional goods to the international market or will introduce some kind of limitations – we aren’t planning on doing anything of the kind,” Shuvalov said.

His statement came amid calls in the West to further penalize Russia for what the US considers an illegitimate reunification with Crimea. Washington and Brussels have already imposed targeted economic sanctions on several Russian officials, including visa bans and asset freezes.

Although the EU has not announced a final decision on further sanctions, it has threatened to impose them if the situation around Ukraine escalates further.

“In regard to Ukraine, I believe it’s a crime to yank it in different directions and suggest that it take on a single alternative: either become an associated member in the EU or a member of the Eurasian Economic Union,” Shuvalov said, clarifying that possible sanctions will only drag the crisis-hit country further into political agony.

Russia insists the Crimean referendum was in full compliance with international law and has reiterated its obligation to protect the Russian-speaking population of the peninsula, while expressing strong disapproval of the sanctions as counterproductive to constructive dialogue.