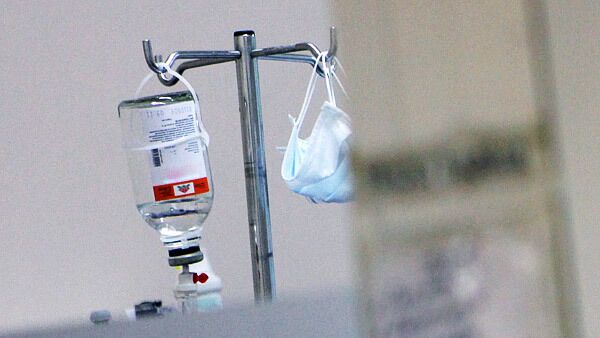 MOSCOW, April 10 (RIA Novosti) – The official mortality rate of the Ebola outbreak in West Africa has been vastly overestimated as it only takes into account hospital cases, Vladimir Nikiforov, the chief infection disease specialist of the Russian Federal Medical and Biological Agency told RIA Novosti Thursday.

“The data on Ebola-linked deaths that are submitted by American experts refer to those who received medical treatment in hospitals. If we take into account the real number of those affected by the disease the rate will stand at only 30 percent,” Nikiforov said.

At a press briefing earlier this week, Dr. Keiji Fukuda, Assistant Director-General of the World Health Organization (WHO), said that the Ebola outbreak in West Africa, with epicenters in Guinea and Liberia, is one of the most daunting outbreaks WHO has ever faced.

WHO has said the case fatality rate for Ebola is up to 90 percent.

The Russian scientist also stressed that a mass outbreak of this disease is not possible in Russia even if infected tourists return carrying the virus.

“We should not apply the West African figures to Russia. I’m not trying to downplay concerns so much as I’m trying not to exaggerate. The virus poses a real threat to people who are there [in West Africa]. But it will not be possible to trigger an Ebola outbreak in Moscow, as we have no infection sources,” Nikiforov said.

According to recent estimates, the number of Ebola cases in Guinea has surged to 157 since January, with 101 confirmed deaths.

The capital Conakry alone has seen 20 Ebola-linked deaths, with the southern Guinean town of Gueckedou now the epicenter of the Ebola outbreak, according to the WHO. Liberia has also recorded 21 cases and 10 Ebola-linked deaths and several cases have been reported in Mali, Ghana and Sierra Leone.

Ebola hemorrhagic fever is one of the deadliest viruses known to mankind. The virus is transmitted by direct contact with the blood or bodily fluids of an infected person. Transmission via contaminated medical equipment or other objects is also possible.

There is currently no known cure or vaccine for Ebola.